Signals about how the Federal Reserve will adjust its balance sheet shrinkage indicate the central bank should go from a net seller of Treasuries this year to a net buyer in 2020, said Stephen Gallagher, chief U.S. economist at Societe Generale in New York.

Under a program started in late 2017, the Fed has been allowing a maximum of $50 billion per month on Treasuries and mortgage-backed debt to roll off its balance sheet. For Treasury, this has meant more securities to sell to other buyers than the central bank.

Switching from shrinking its Treasury holdings by roughly $200 billion per year to being a net buyer of nearly the same amount could significantly support the Treasury financing trillion-dollar deficits and a weakening economy.

Under his scenario, the Fed will first slow down or “taper” the balance sheet shrinkage by stopping allowing its holdings of Treasuries to run off. The central bank will still allow its agency MBS portfolio to continue to run-off as Fed officials have been clear they want to return to a “Treasury-only” balance sheet.

Once the Fed’s balance sheet reaches a desired size, the Fed will continue to allow MBS to run off but will reinvest the proceeds into Treasury securities to keep the balance sheet stable. This will add about $115 billion in Treasury purchases per year, Gallagher estimated.

Soon thereafter, the Fed will have to return to allowing its balance sheet to grow along with normal economic growth. That will add the other $100 billion in purchases.

In the question-and-answer session, several other Wall Street economists questioned why the Fed was pausing interest rate hikes and signaling it would end its balance sheet shrinking. They said these policies were simply leading global investors to put back on these carry trades.

Emsbo-Matttingly said this was a “conundrum” for the Fed that the carry trades were back on since the Fed’s January meeting.

“My recommendation [is] for the Fed to think about the implications of not just what their central bank policies are but also in connection with the global financial systems and the other global central banks,” -Emsbo-Mattingly

She suggested the next financial crisis may be brewing in “cross-currency markets.”

The Fed needs to consider the effects of their policy and the policies of other central banks and “how interact with the rest of the world,” Emsbo-Mattingly said.

An example of this is the “short-volatility” trade. These trades started to unwind in 2018, leading to market turmoil.

The U.S. fixed income market became an extremely attractive market for hedged trading as the result of global QE.

In addition, U.S. corporations were able to sell their debt to willing foreign buyers. Japanese institutions were by far the biggest buyer of corporate CLOs.

This trade worked extremely well until last year when hedging costs made this carry trade uneconomic.

“The resulting change in flows into U.S. assets certainly was felt in the capital markets in the fourth quarter,” she said. There are other risks in the “cross-currency markets,” she said.

Central bank asset purchases also led to a dramatic explosion of debt in China, she said. Chinese policy makers were able to use credit expansion to counter any economic woes. 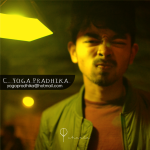