Have you ever watch “The Big Short” movies? If you have not yet, then you really should. This is the best financial movies in my opinion. The Big Short is a 2015 Oscar-winning film adaptation of author Michael Lewis’s best-selling book of the same name. The movie, directed by Adam McKay, focuses on the lives of several American financial professionals who predicted and profited from the build-up and subsequent collapse of the housing and credit bubble in 2007 and 2008.The movie explaining a one of a unique financial instrument called “Credit Default Swap”. I just knew about this product by watching the movies by the way.

Credit Default Swap (CDS) are the most widely used type of credit derivative and a powerful force in the world markets. The first CDS contract was introduced by JP Morgan in 1997 and by 2012, despite a negative reputation in the wake of the 2008 financial crisis, the value of the market was an estimated $24.8 trillion, according to Barclays Plc. In March of the same year, Greece faced the biggest sovereign default the international markets have ever seen, resulting in an expected CDS payout of approximately $2.6 billion to holders. Read on to find out how credit default swaps work and how investors can profit from them.

A CDS contract involves the transfer of the credit risk of municipal bonds, emerging market bonds, mortgage-backed securities, or corporate debt between two parties. It is similar to insurance because it provides the buyer of the contract, who often owns the underlying credit, with protection against default, a credit rating downgrade, or another negative “credit event.” The seller of the contract assumes the credit risk that the buyer does not wish to shoulder in exchange for a periodic protection fee similar to an insurance premium, and is obligated to pay only if a negative credit event occurs. It is important to note that the CDS contract is not actually tied to a bond, but instead references it. For this reason, the bond involved in the transaction is called the “reference obligation.” A contract can reference a single credit or multiple credits.

As mentioned above, the buyer of a CDS will gain protection or earn a profit, depending on the purpose of the transaction, when the reference entity (the issuer) has a negative credit event. If such an event occurs, the party that sold the credit protection, and who has assumed the credit risk, must deliver the value of principal and interest payments that the reference bond would have paid to the protection buyer. With the reference bonds still having some depressed residual value, the protection buyer must, in turn, deliver either the current cash value of the referenced bonds or the actual bonds to the protection seller, depending on the terms agreed upon at the onset of the contract. If there is no credit event, the seller of protection receives the periodic fee from the buyer, and profits if the reference entity’s debt remains good through the life of the contract and no payoff takes place. However, the contract seller is taking the risk of big losses if a credit event occurs.

The level of investment risks perceptions of emerging market including Indonesia has shown better status. According to Kontan, The Head of the Indonesian Bond Pricing Agency (IBPA) Operations Division Ifan Mohammad Ihsan explained that CDS is one indicator of risk perception. “Low CDS actually shows our current risk preference in the eyes of investors is quite low.”
It was reasonable, because fundamentally Indonesia’s economy is currently strong because the release of macroeconomic data is quite encouraging. The supporting factor is Indonesia’s high foreign exchange reserves, maintained economic growth and controlled inflation.
So, I think Indonesia will become stronger and stronger in years ahead. By granted AAA level of investment. CDS in Indonesia will get lower again and it is our job to keep Indonesia much more great in the economy. 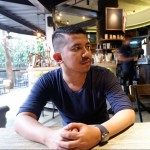