A solvent company is one that owns more than it owes; in other words, it has a positive net worth and a manageable debt load. On the other hand, a company with adequate liquidity may have enough cash available to pay its bills, but it may be heading for financial disaster down the road. Solvency and liquidity are equally important, and healthy companies are both solvent and possess adequate liquidity.

Current ratio measures a company’s ability to pay off its current liabilities (payable within one year) with its current assets such as cash, accounts receivable and inventories. The higher the ratio, the better the company’s liquidity position.

Quick ratio measures a company’s ability to meet its short-term obligations with its most liquid assets and therefore excludes inventories from its current assets. It is also known as the “acid test ratio”.

Debt to equity ratio indicates the degree of financial leverage being used by the business and includes both short-term and long-term debt. A rising debt-to-equity ratio implies higher interest expenses, and beyond a certain point, it may affect a company’s credit rating, making it more expensive to raise more debt.

As you can already see liquidity and solvency can’t be interchanged and they are completely different from each other. Let’s look at the key differences between Liquidity and Solvency – 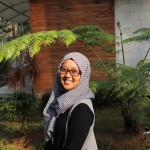