ETF is an Investment Fund in the form of a Collective Investment Contract whose participation units are traded on the Stock Exchange. Although ETFs are basically mutual funds, these products are traded like stocks on the stock exchange. ETF initially started in Canada in 1990 on the Toronto stock exchange and then spread other North American countries, namely the United States in 1993 and then spread to Europe by starting in 1999. In Indonesia, the ETF began on December 18 2007, with index mutual funds where the underlying index is the LQ 45 Index.

The managed fund or ETF at the end of 2013 had a value of Rp 450 billion, while as of the end of July 2014 it was valued at Rp 925 billion. Thus there is an increase of almost more than 200 per cent in six months. The first ETF in Indonesia to refer to the LQ-45 index was the R-LQ45X issued by PT Indo Premier Securities, then followed by Bahana Securities in 2007. The ETF industry was then suspended before being reinvigorated in 2011. Four types of stock ETFs issued by PT IPIM (Indo Premier Investment Management) were XXIT ETF, XIJI ETF, XIIC ETF and XISI ETF. 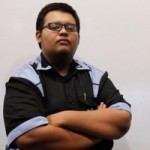 A career in Information Technology, specifically in the areas of system analysis in Enterprise Resource Planning and application development that will optimally utilize a strong logical and analytical skill

A career in Information Technology, specifically in the areas of system analysis in Enterprise Resource Planning and application development that will optimally utilize a strong logical and analytical skill